Tens of thousands of people are expected to take part in a rally against Israeli Prime Minister Benjamin Netanyahu, calling for a change in the Zionist regime’s policies.

The protesters will call on Israel to refocus on a number of issues such as education, health, wages, housing, the elderly and the cost of living….

1000s of Israelis set to hold rally against Netanyahu

On Tuesday Israeli Prime Minister Benjamin Netanyahu addressed a joint session of Congress, and what he said was more or less what you’d expect: Basically, Iran is untrustworthy and dangerous, and allowing it to continue even a limited version of its nuclear program is going to lead to an “arms race” in the Middle East. The audience was dominated by Republicans, and they clapped like crazy as they listened to the speech.

The fact that the speech even happened was bananas. Netanyahu was invited by House Speaker John Boehner, who declined to ask the White House whether it would be OK for a foreign head of state to come preach to Congress about the dangers of the administration’s impending nuclear deal with Iran. Obama didn’t meet with Netanyahu during his visit, and Democrats—including usually staunch defenders of Israel—didn’t hide how upset they were over the Israeli prime minister’s heavy-handed slight.,,,

In this video Luke Rudkowski talks about the latest developments in the middle east that bring to light many contradictions.

EPISODE BREAKDOWN: On this episode of Breaking the Set, Abby Martin reports on the announcement by Israel that 1,000 acres of land have been claimed for a new settlement bloc near Bethlehem, discussing the continued expansion of Israeli settlement in Palestinian territories. Abby then speaks with Eran Efrati, a former IDF soldier who recounts his experience being ostracized for attempting to expose crimes he witnessed as a soldier. Abby then outlines a few of the various goods banned from entering Gaza under Israel’s blockade, and how a ban on cement and other construction materials could mean that it will take several decades to rebuild Gaza. BTS wraps up the show with an interview with journalist and author Max Blumenthal, discussing his book ‘Goliath: Life and Loathing in Greater Israel’ which explores the true makeup of modern Israeli society and its policies toward the Palestinian territories.

Hacker collective Anonymous has taken down key Israeli government websites in a “retaliatory” attack against Israel and in solidarity with the people of Gaza. Israel Defense Forces, Bank of Israel, and the Israeli PM’s Office were among the targets.

Others hit by the attack included Israeli’s ministry of Finance, the Embassy of Israel to the United States, the Central Bureau of Statistics and Israeli Immigration….. 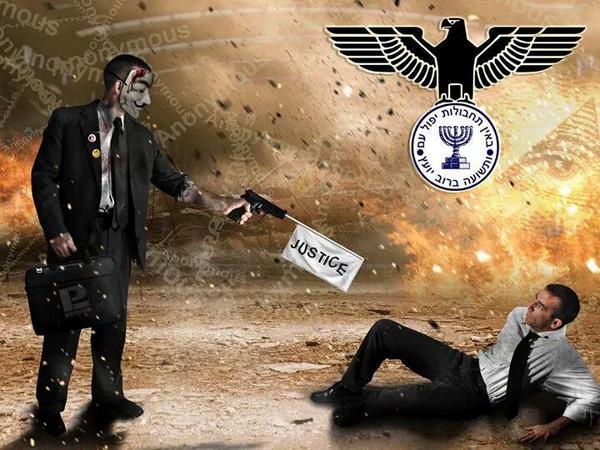